The Breakwater at Hillarys Boat Harbour recently went through a massive renovation on both levels. On the ground floor, new raised-up booth seating was designed throughout the space and around the fireplace. The DJ booth also had a new facade to tie in with the linear lines on the first floor.

Walking up to the first floor is a “Hollywood” vibe with a feature red carpet leading up to a beautiful Instagram green wall with antique picture frames and pink neon lights pointing LEFT to “Games” and RIGHT to “Lounge”.

The previous “Ishka” restaurant has been relocated to the other side of the first floor allowing for a brand new concept in Western Australia – the “Shuffleboard” experience. Four new Shuffleboards were installed in the new Shuffle Room area with large booth seating throughout.

The interior has been designed in such a way that shuffleboards are sectioned with bold green carpets on each table making it feel like you are standing on a lawn.

Previously, the interior was very “white” and cold with a huge white ceiling and white bulkhead. We have reduced the “white” by having timber strips cladded over the bulkhead and ceiling.

Other features of the interior include the 54 feature pendant lights over the shuffleboard table, the “Shuffling” bulb over the mirror, and the mesh cage below the booth seating to allow customers to store their jackets and handbags below. 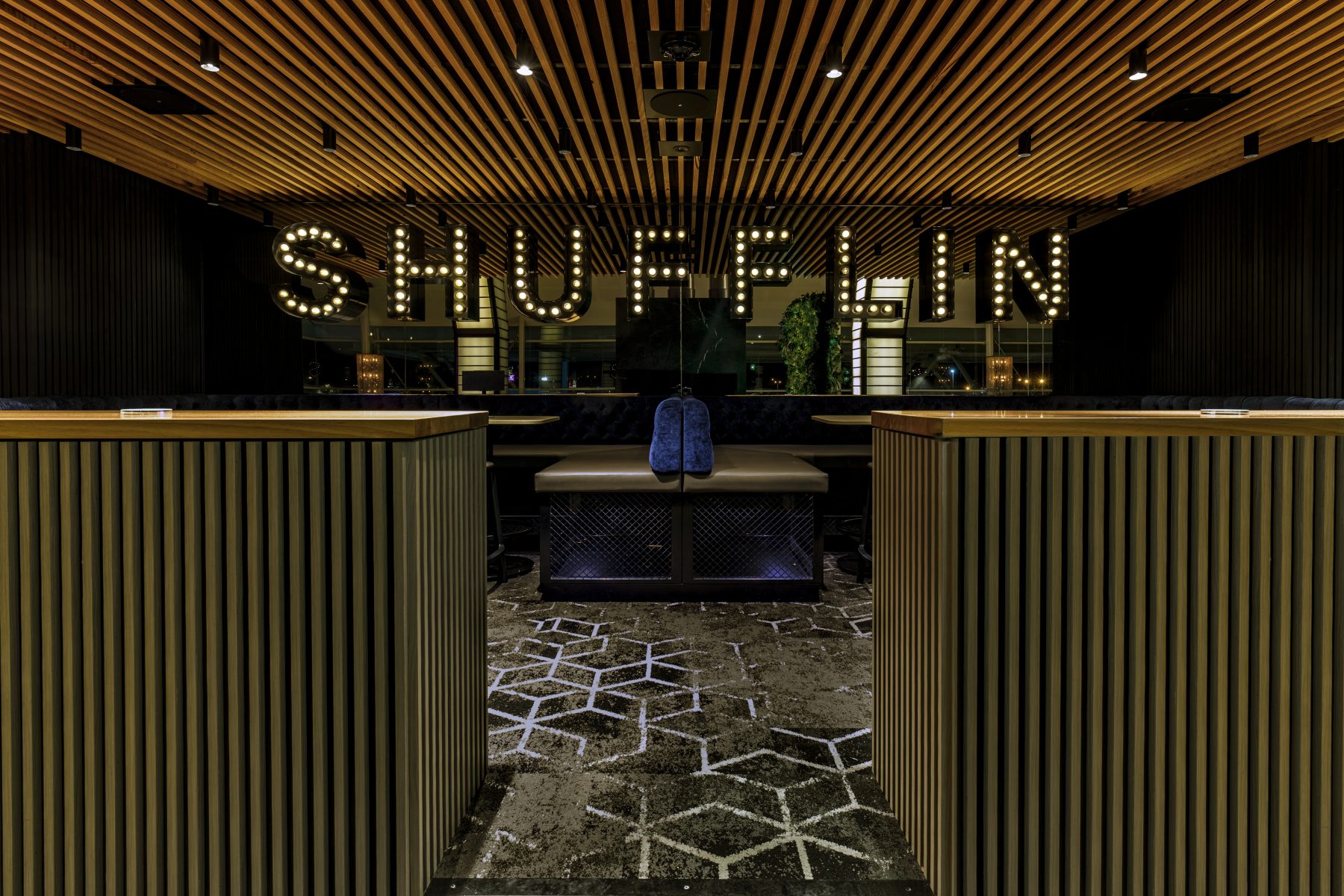 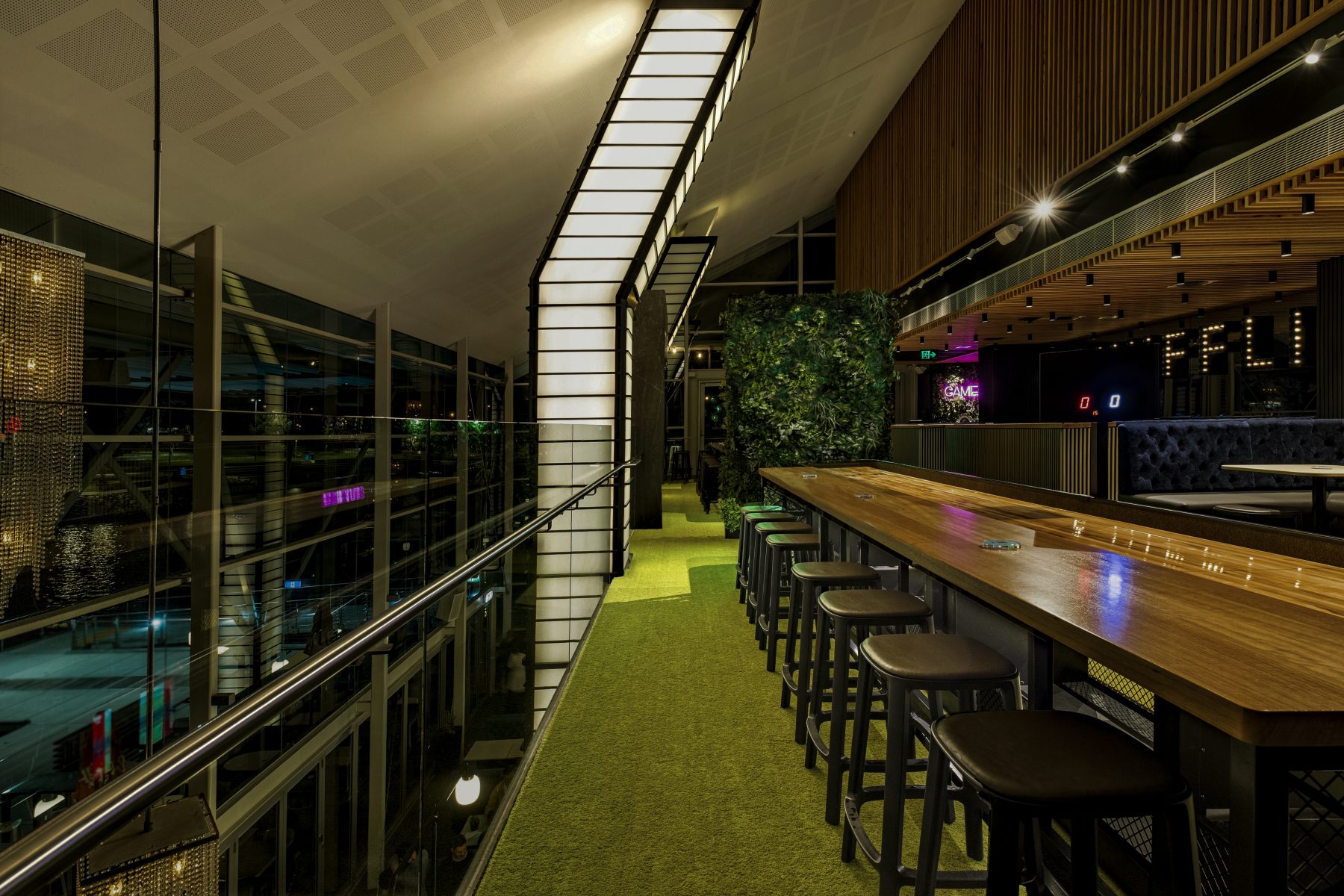 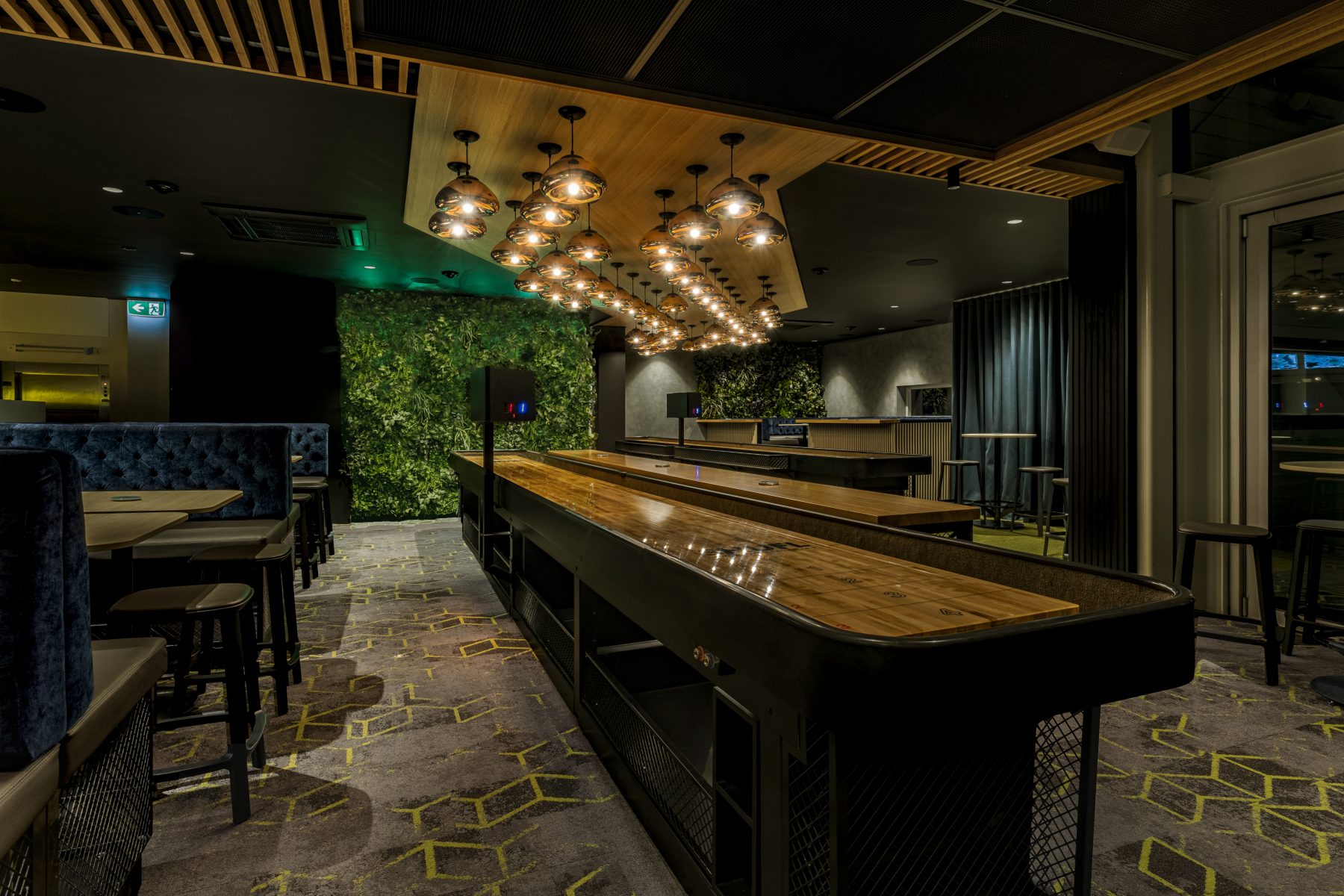 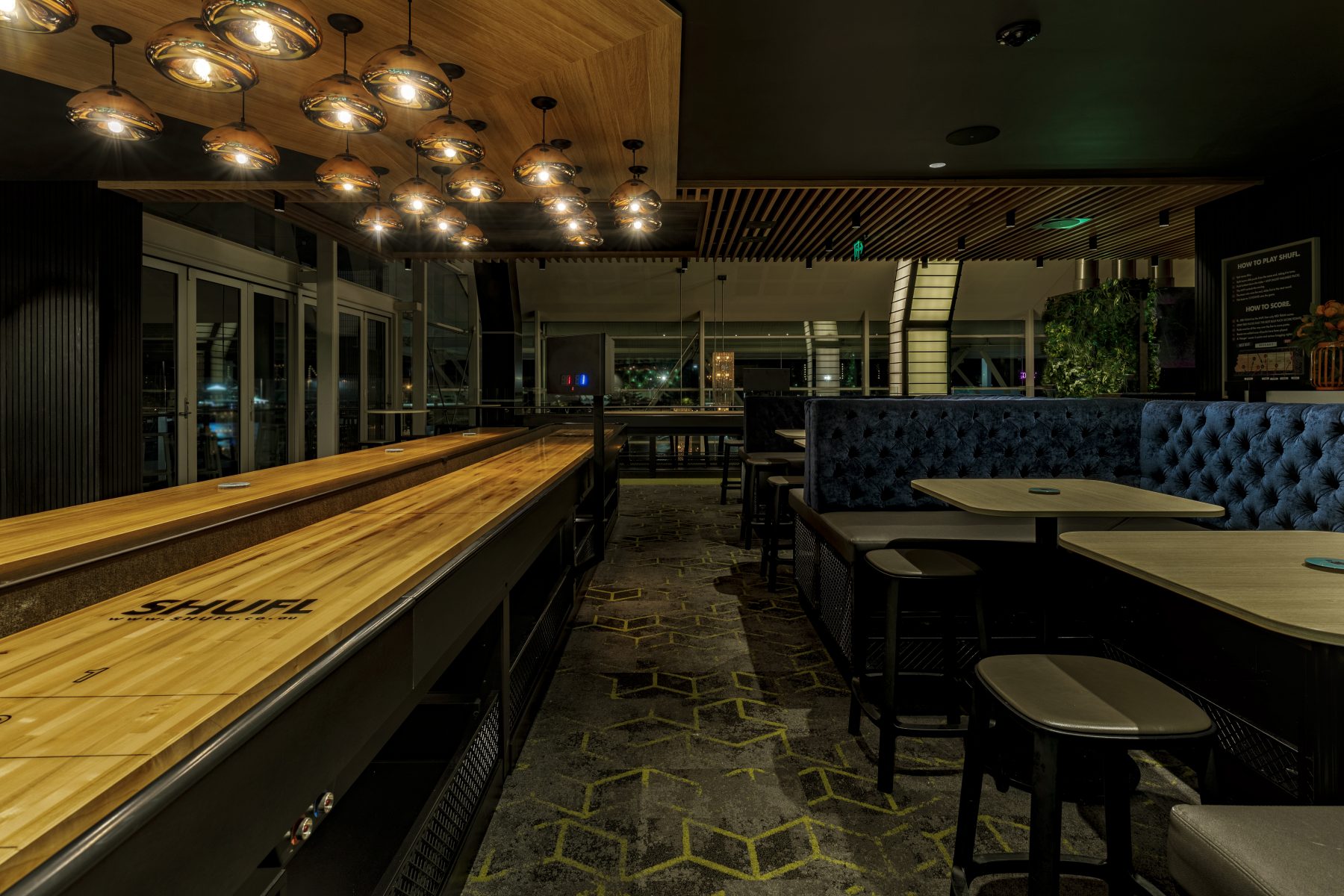 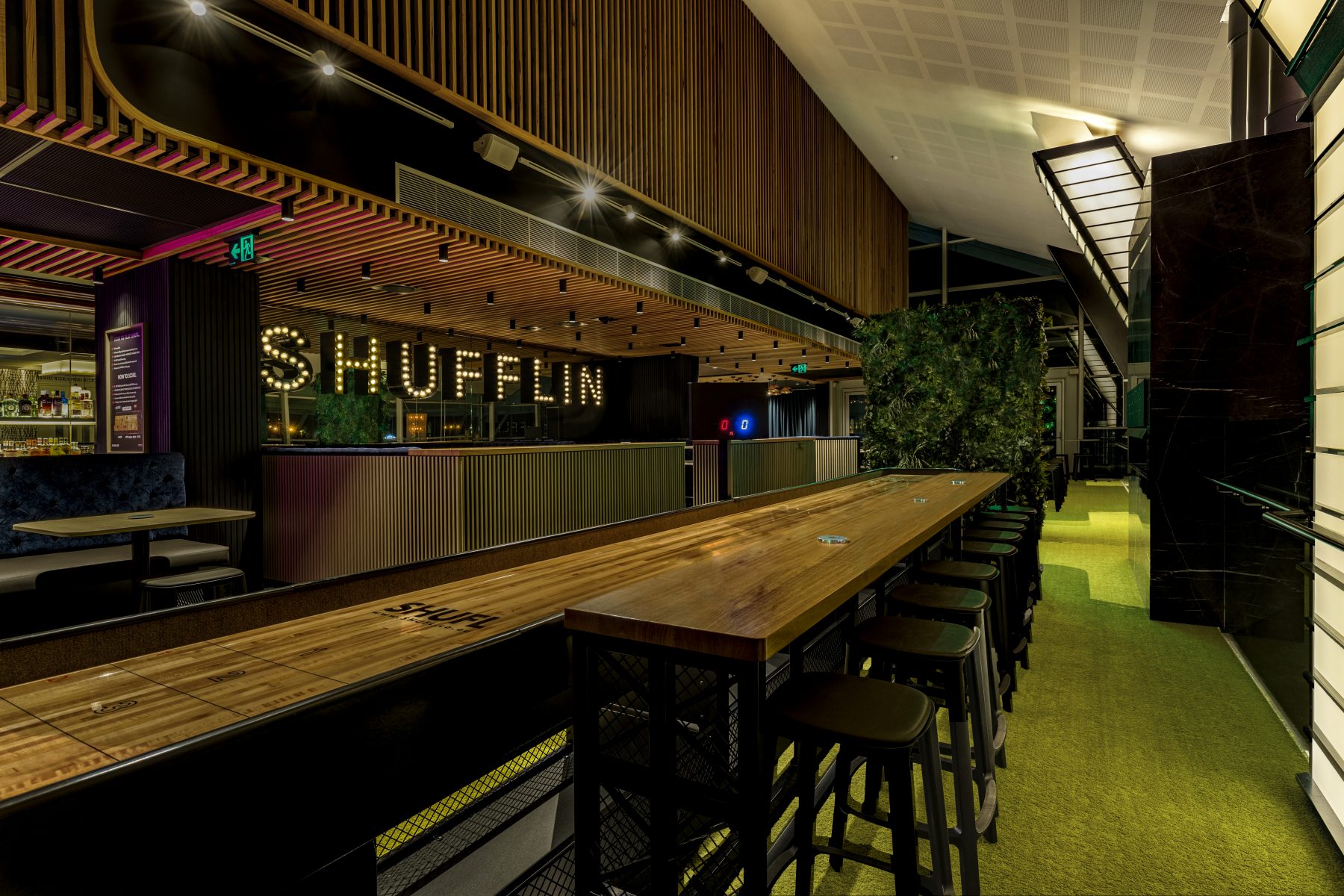 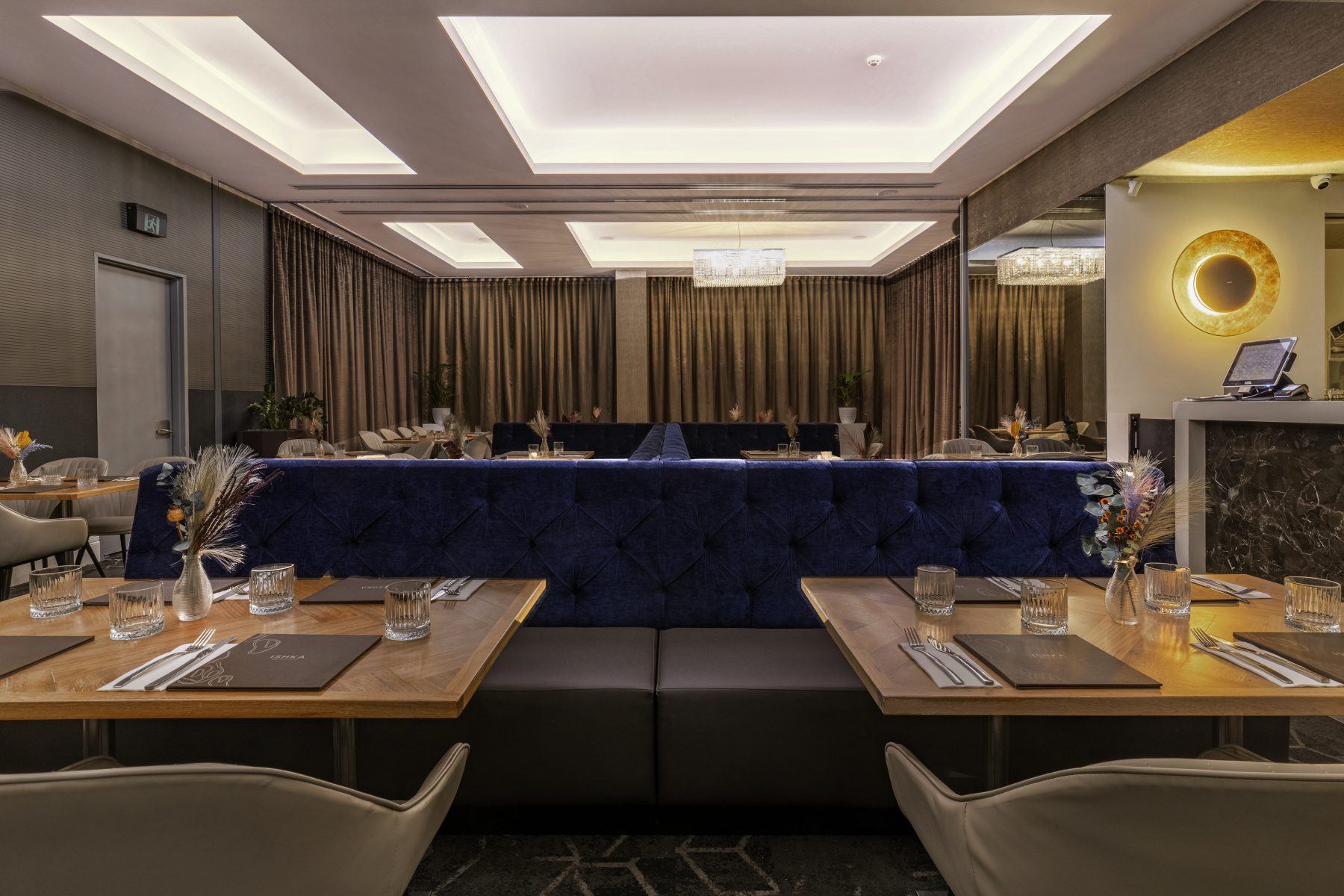 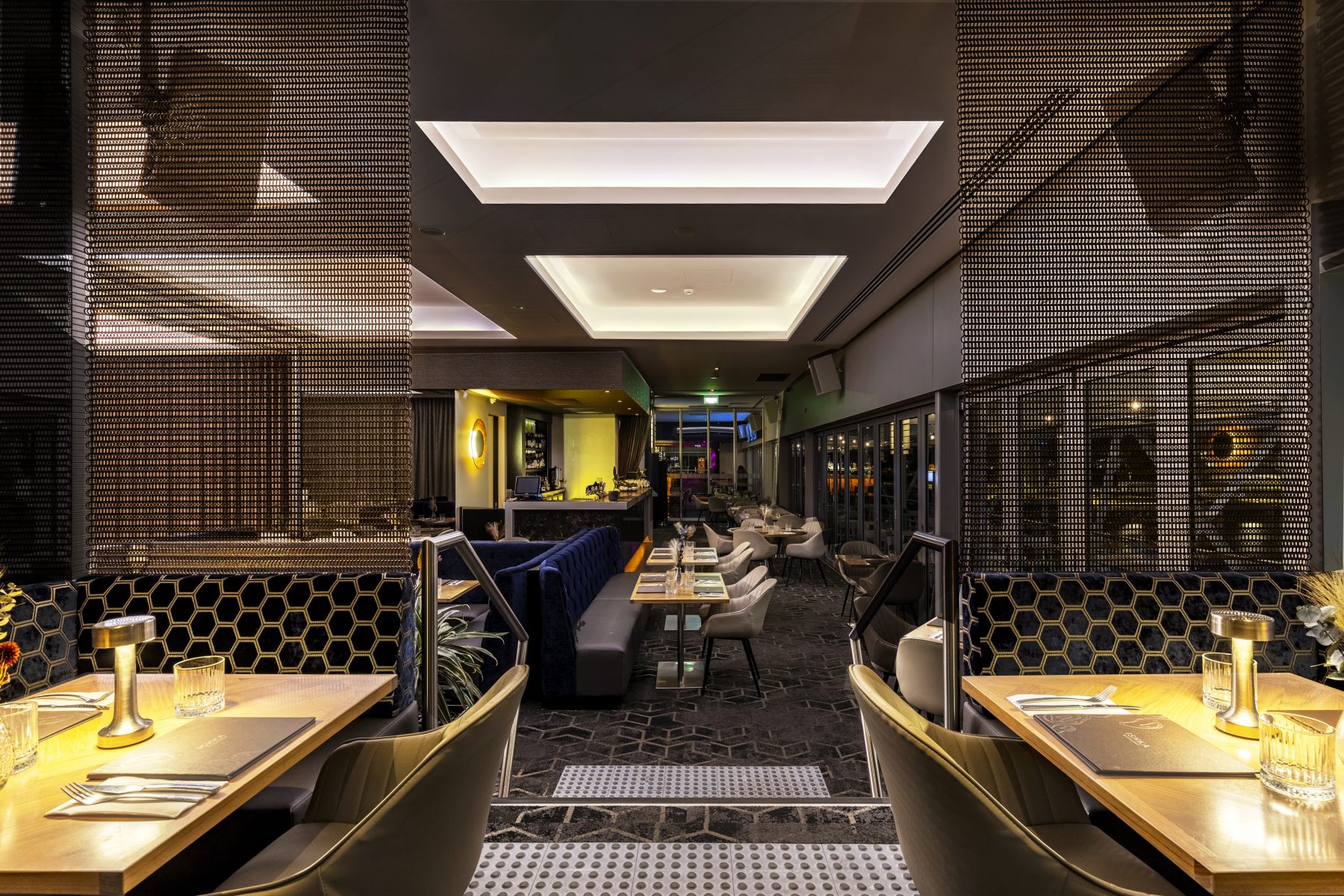 Bryan from BHO was the perfect designer for the job. From the first meeting, he could quickly understand our passion and vision. Within days he was able to deliver a beautiful visual presentation for the build and I felt he brought our concept to life!
Throughout the build, his creativity, energy, empathy and attention to detail shone through. Unlike other designers I have dealt with, I could really feel he holistically embraced our business like it was his own.
I am truly grateful for the amazing venue that he has delivered for us, and for helping us navigate a number of surprises along the way. I am looking forward to working with Bryan on our next exciting venue.

We engaged BHO Interiors for interior design and commercial fitout on our cosmetic clinic Youth Lab. I spent a good amount of time reviewing various design companies and their portfolios of work but the designs from BHO Interiors really had the wow factor we were looking for. Meeting with Bryan was excellent as he explained the process, worked with our budget, time frames and then followed through on everything he said. The whole BHO Interiors team were excellent and they transformed our lovely, but dated character building at 1 Richardson Street into a stunningly designed and fully functional cosmetic clinic. I could not recommend BHO Interiors enough and we will be utilising their services again for our next project without a doubt.

Working with Bryan Ho is an absolute pleasure. He certainly delivered above and beyond our expectations and his unique flair in design combined with a practical approach on where to invest within the design enables clients to achieve fantastic results within their budgets. I would highly recommend Bryan and BHO to anyone interested in designing their new offices.

Thank you Bryan, for listening to me and creating what I had envisaged, and for giving me exactly what I wanted, you have been wonderful to work with.

BHO Interiors demonstrated an impressive level of expertise and professionalism throughout the entire renovation process within the time frame promised.

Bryan and his team at BHO Interiors met the brief, on budget and on time. Our transition from the old fitout into a new and refitted area was smooth and painless.

There has been a problem with your Instagram Feed.